Shopping Cart
Your Cart is Empty
Quantity:
Subtotal
Taxes
Shipping
Total
There was an error with PayPalClick here to try again

Thank you for your business!You should be receiving an order confirmation from Paypal shortly.Exit Shopping Cart

Lamont is the founder and head instructor of the training group. He holds Senior Instructor (Mandala) ratings in Pekiti Tirsia Kali under Tuhon Jared Wihongi and Full Instructor in Kenpo Karate under Sifu Jim Dean. He is a Level 1 Mentor in the Cateran Society.

Lamont has been active as a martial arts instructor for 21 years. In 2008 he moved to Kennewick and established the Blackbird Training Group to promote the art of Pekiti Tirsia Kali in the Pacific Northwest.

In 2​017 Lamont helped co-found the Black Feather Broadsword Academy to popularize the rediscovery and recreation of the historical fighting arts of Europe. He received his Level I Mentor (Regimental Broadsword) from the Cateran Society in 2018.

He is an active participant in weapon based competitions and has been named as a Full Dog Brother (Wile E. Dog) by the Dog Brothers Tribe. Lamont is the co-founder of the Warrior Tipon-Tipon an annual weapon oriented fighting event.

Jim's martial arts journey started in 1997 under Sifu Mark Holowczak training Hsing-i kung fu. In 1999 Jim and his brother Ben joined the Richland Dojo, learning both Judo and Yamashigi Aiki-Jujutsu. He competed in numerous Judo tournaments, winning a few, placing in a few, and managing to learn something especially in defeat.

Jim holds a black belt in Aiki-Jujutsu and a Brown Belt in Judo. He served as an assistant instructor in teaching both Aiki-Jujutsu and Judo at the Richland Dojo, before changing his focus to learn Pekiti Tirsia Kali. Jim began training in Pekiti Tirsia Kali in 2010 and earned his full instructor (Guro) ranking in 2016. He was awarded his Level I Mentor (Regimental Broadsword) through the Cateran Society in 2018.  He was the co-founder of the Blackfeather Broadsword Academy and acts as it's lead instructor.

Randy has a long history of competitive Judo, collectively he has studied Judo for roughly 25 years, most recently earning a third dan at the Columbia Judo Dojo through the US Judo Federation. He retired from Judo following his second neck fusion in 2011.

In 2015 he began studying with the Blackbird Training Group and earned his Lakan Guro in Pekiti-Tirsia Kali in 2018.

Randy is one of the founding members of the Blackfeather Broadsword Academy and has earned a Level 1 Mentor (Regimental Broadsword) through the Cateran Society.

Scott is one of the founding members of the Black Feather Broadsword Academy and has earned a Level 1 Mentor (Regimental Broadsword) through the Cateran Society.

Scott began training in Pekiti Tirsia Kali in 2015 and and earned his Lakan Guro (Apprentice Instructor) ranking in 2021.

Born on the island of Kauai, Kai started his martial arts training at age 15 when he began training in Kajukenbo. Over time he studied numerous martial arts including Taekwondo, Capoeira , Brazilian jiu-jitsu, and Boxing.  While living in Tacoma he studied Natural Spirit International (NSI) under the instruction of Datu Kelly Worden.

In 2009 Kai moved with his family to the Tri-Cities and expanded his martial arts studies when he started training in Goju Ryu under the direction of Sensei Bob Davis.  He has continued his NSI studies and in September 2019 was given the title of Apprentice Instructor.  Kai became a member (Dog) of the Dog Brothers Tribe in 2017.

He has studied Pekiti-Tirsia Kali under the instruction of Lamont Glass and earned the rank of Lakan Guro (Apprentice Instructor) in 2021. 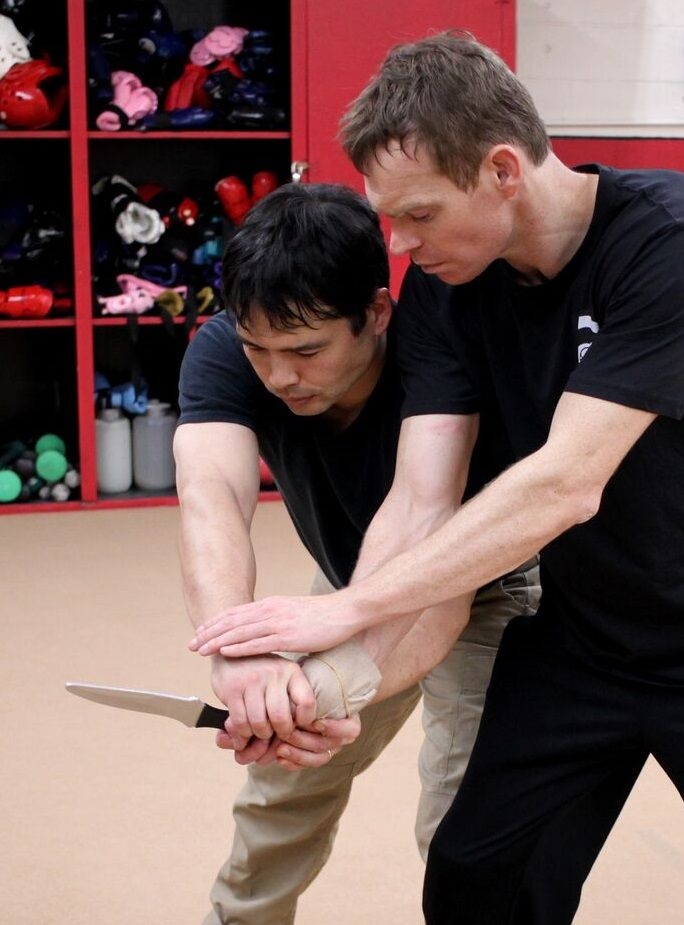 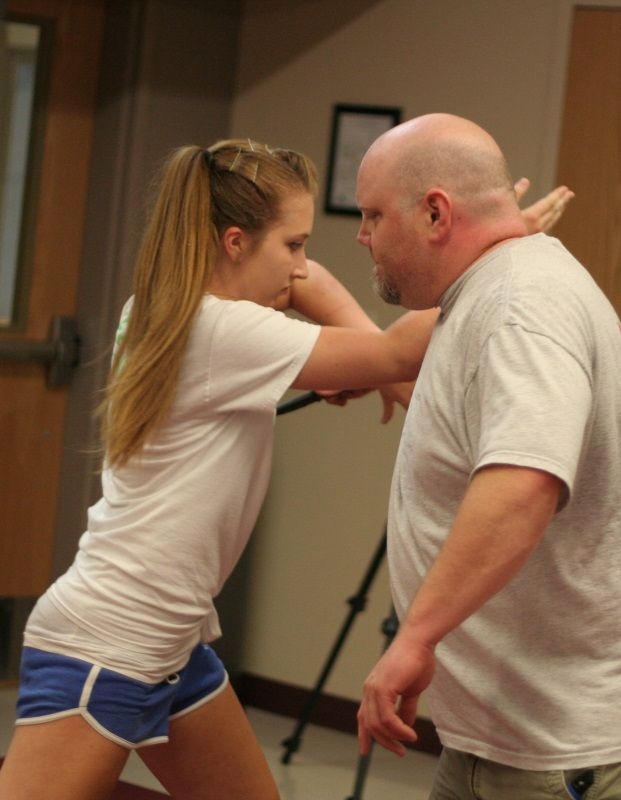 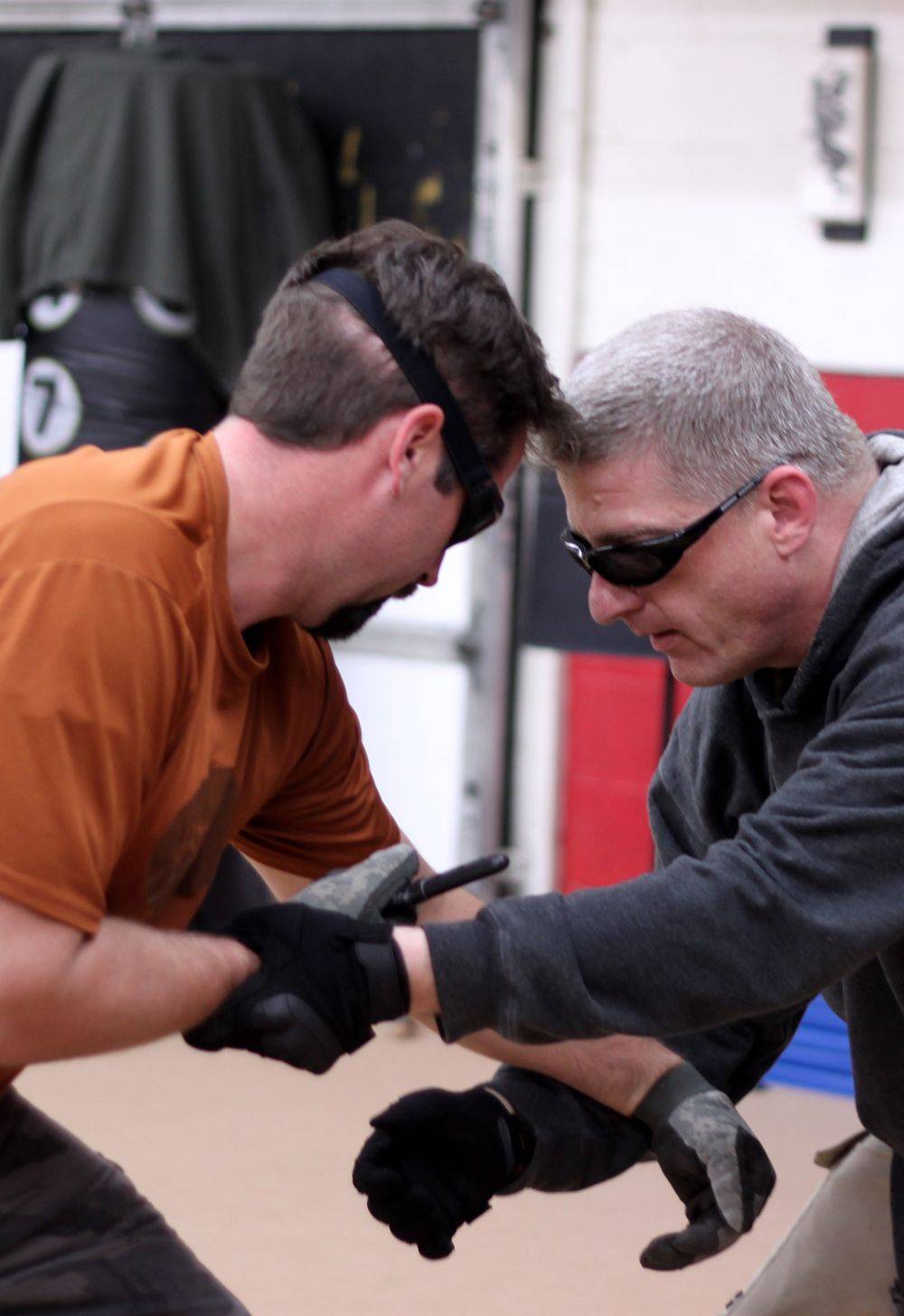 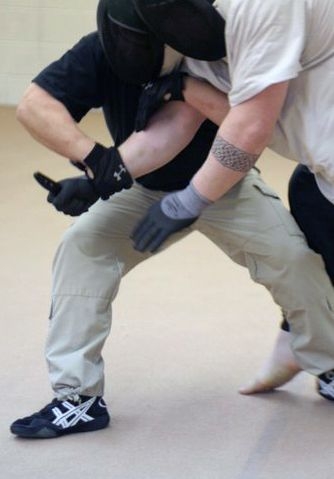